Cacio e pepe (cheese and black pepper) embodies the true essence of Roman cuisine. In the capital, pasta is a religion: Roman cuisine is based on poor first courses, those made with few ingredients, but good and nutritious. Let’s talk about Carbonara, Amatriciana, of its tomato-less variant, the Gricia, and of the Cacio e Pepe. And it is precisely about the latter that we will talk about, giving you suggestions that will help you to prepare it as well as possible.

How and when does Cacio e Pepe come into being?

This dish with ancient origins was born in the pastures during the period of the transhumance, i.e. the seasonal migration of flocks from pastures in the countryside Roman to the mountains. During these long journeys the shepherds brought with them caloric and long-life foods, including: dried spaghetti, pecorino cheese and black pepper grains. And it is precisely from the union of these three simple ingredients that Cacio e Pepe is born.

The choice of these foods was not random, but dictated by precise needs. Let’s see together such as:
– the pasta was used for its caloric and carbohydrate intake;
– black pepper was used to counteract the cold, because it stimulates the heat receptors;
– the pecorino guaranteed the protein intake and having a long shelf life, it was not was never missing from supplies.
This traditional dish has continued to fascinate the Romans and over the years has also won over tourists visiting the Eternal City. Its fame over time became international.

Although it is an institution in Roman cuisine and seems to be easy to prepare for its few ingredients, the Cacio e Pepe is not without risks at all: the mistake is always around the corner…

Here are collected the four most common errors which you can make during his preparation:

1) Using any type of pasta: the tradition dictates the use of the long pasta, spaghetti, or better yet, tonnarelli. Over the years other types of pasta have been used, such as rigatoni, tagliolini, etc. Let’s give space to alternatives, not forgetting, however, that you should not choose a type of pasta excessively porous, because it risks absorbing too much of the seasoning, which instead must maintain the creaminess that distinguishes it.

2) Cooking the pasta wrong: the pasta for the Cacio e Pepe must be drained very much al dente. The cooking must be completed over a low heat in a frying pan along with the previously roasted pepper. Once the cooking is complete, add the
creamy cheesy sauce, prepared separately in a bowl with pecorino cheese and pasta cooking water. Only now is the pasta ready to be put into the dishes. Draining the very al dente pasta will guarantee you doing all the steps without risking to
to overcook it.

3) Putting cream to give creaminess to the dish: the ingredients of this dish are three and that’s all! The secret to making the pasta creamy lies in preparing the creamy sauce by gradually pouring grated pecorino cheese and cooking water (rich in starch released from the pasta) in a bowl, stirring with a whisk to prevent lumps from forming. It’s wise to use
cooking water to make the dish creamy and not by adding others ingredients such as oil, butter or cream.

Put these suggestions into practice and your Cacio e Pepe will be impeccable! If the dishes of the Roman cuisine are your passion, at restaurant Il Piccolo Mondo you can enjoy them prepared according to the dictates of tradition. We are waiting for you! 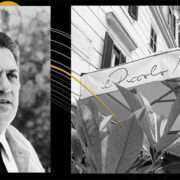 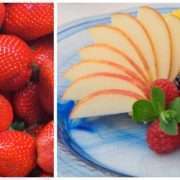 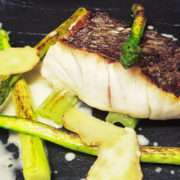 Asparagus: tasty for those who love them and nutricious for everyone! 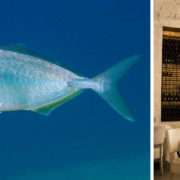 The amberjack: a precious blue fish 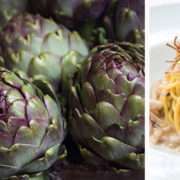 Artichokes: a typical vegetable of the Roman cuisine 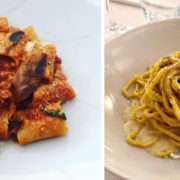 Pasta and its many varieties 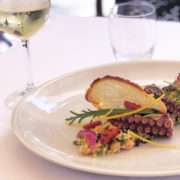 The octupus: from the sea to our tables 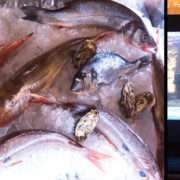 The fish products: characteristics and properties

Asparagus: tasty for those who love them and nutricious for everyone!
Scroll to top