This time, New Year’s Eve is celebrated in Rome with 24 hours of music dedicated to the biodiversity of planet Earth. More than 1000 artists from all over the world will perform along five ecosystems between Circus Maximus and Lungotevere Aventino, in an area of about 70,000 square meters. In every habitat that is ice or fresh water, pasture or prairie, desert, jungle, forest and finally the sea, we will find many artists who will entertain the audience all night long with their performances. Many internationally renowned guests are expected, including the rock icon Skin. The entrance to the event is free.

The main event of the evening of the 31st December will take place at the Circus Maximus and will start at 9 pm. The big party will be opened by the artist Ascanio Celestini who will tell a fairy tale about Earth, accompanied by a musical band conducted by Pasquale Innarella. At 10 p.m. an aerial dance show will animate the stage; with the help of a crane the sylphs, mythological female figures (spirits of the air and woods), will be portrayed and a musical company will play The Four Seasons of Vivaldi live.

At the stroke of midnight, thanks to Acea, there will be a fireworks display with live music played by the Parco della Musica Contemporanea Ensemble. Shortly afterwards the space will be taken up by the rock artist Skin, champion of human rights, who will entertain the audience for two hours. During the night there will also be projected some spectacular thematic light games, referring to the five ecosystems of the Earth. The artists will perform in a vast area that includes Piazza dell’Emporio, Ponte Fabricio, Giardino degli Aranci and Piazza Bocca della Verità, with themed music throughout the night.

On the morning of January 1st 2020, the Libraries of Rome (Biblioteche di Roma) will organize four artistic walks suitable for everyone, to get to know the territory.
The afternoon will be characterized by a number of events including electronic music performances at the Giardino degli Aranci, games of gigantic constructions, performances by circus artists on the Lungotevere Aventino and much more.

Events not to miss

Another attraction not to be missed are the parades organized in different environments such as the Tiber Parade of the beginnings by Andreco. This visual artist, who has been working for years on a research that relates the urban space with the city’s natural environment, will organize a march in which citizens and performers will participate, from the Isola Tiberina to the Basamento Aventino. The voices of the Cantoria school of the Teatro dell’Opera in Rome and the Strings Ensemble of the Accademia di Santa Cecilia will also take part in the march.

Another great parade along the Lungotevere will be accompanied by the Orchestra Popolare Italiana conducted by Ambrogio Sparagna, who will entertain the audience with songs and dances from central-southern Italy. Finally, the Teatro di Roma will organize three parades: two by the French company Remue Menage; the first will be inspired by the flight of birds and the second by the world of fish and ocean depths. The last one, curated by the Basque CieDeabruBeltzac, will merge the ecosystem of the deserts with that of the prairies. 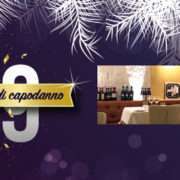 The amberjack: a precious blue fish
Scroll to top