Welcome to the Ristorante Il Piccolo Mondo blog! We are in the heart of Rome, a few steps away from via Veneto!Here you’ll find articles, curiosities and follow-ups on our restaurants, the recipes of our Chef and much more.
We have a lot of stories to tell, so follow us to discover them, post by post, together with us! 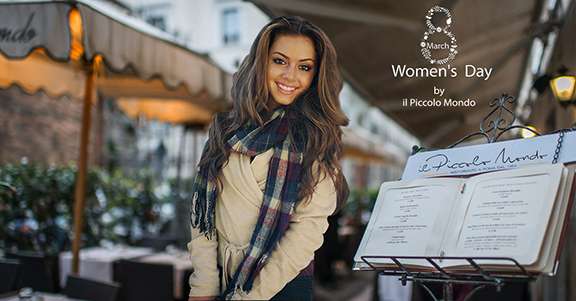 “From women’s eyes this doctrine I derive: they sparkle still the right Promethean fire; they are the books, the arts, the academes, that show, contain and nourish all the world.” (William Shakespeare) Are you looking for a modern and elegant location to spend the Women’s Day in Rome? At the Piccolo Mondo you can relive the atmosphere of the […]

A film, an icon, the profile of an Italy exploding between cultural rigidity and frantic change. Sixty years ago, La dolce vita by Federico Fellini appeared in cinemas, and in popular culture. Just on the night between 2 and 3 February 1960 at the “Cinema Fiamma di Roma”, today closed, there was the premiere.   The […]

Are you looking for a romantic location to spend the Valentine’s Day in Rome? At the Piccolo Mondo you can relive the atmosphere of the “dolce vita”, celebrating in a beautiful restaurant near Via Veneto, Piazza di Spagna, Fontana di Trevi. Our special Valentine’s Day menu, in perfect harmony between tradition and innovation, is waiting for you!   […]

The amberjack is characterized by its delicate taste, which sets it apart from the other fish that belong to the same category, namely the bluefish. The compact and tasty meat, rosy in colour and with a flavour similar to that of tuna, makes it excellent to eat both raw and cooked. The important thing is […]